Beds enjoyed a fair weather weekend trip to Aberystwyth the first weekend in September. Unfortunately, numbers were slightly down as the date clashed with one members better half’s birthday and another’s anniversary but we still managed six of us. Due to locations we rode down in two separate groups. Dave and I decided to take the A40 for a change and cut up from Llandovery and the others took the traditional A44 route. We all reached The Richmond hotel on the seafront in time for drinks and dinner😊. On Saturday after a good Welsh breakfast we headed out of Aberystwyth to find the single track road over the hills from Tal-y-bont to Ponterwyd via the Nant-y-moch reservoir. Across the A44 and down to Tregaron via Devils Bridge. Found a great little café in Tregaron. It’s the bright blue building just off the village square. Across the hills again via Llyn Brianne and down to the regular bikers café at Llandovery for cake. The A482 route from Llandovery back to Aberystwyth vis Lampeter is an absolute cracker. A great mixture of quick, twisty A&B roads to blow out the cobwebs. Once again drinks were followed by another excellent meal at the hotel and falling asleep to the sound of waves lapping onto the beach. Sunday morning, following another hearty breakfast we took our leave of the hotel and headed home. John and I did the Elan valley mountain road to Rhayader and then home via the A44. Unfortunately two of the cafes we tried were shut, presumably due to staff shortages and/or the Pandemic so we had to rough it in a pub. We will be going again next year. 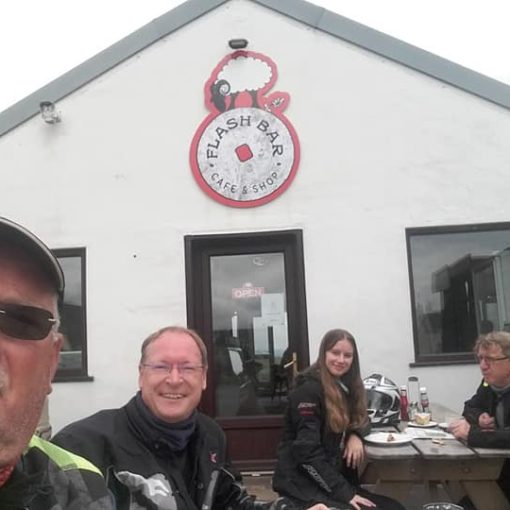 East Midlands branch ride out. 6 members on 4 bikes braved Gary’s mystery tour of the peak district with his new sat […] 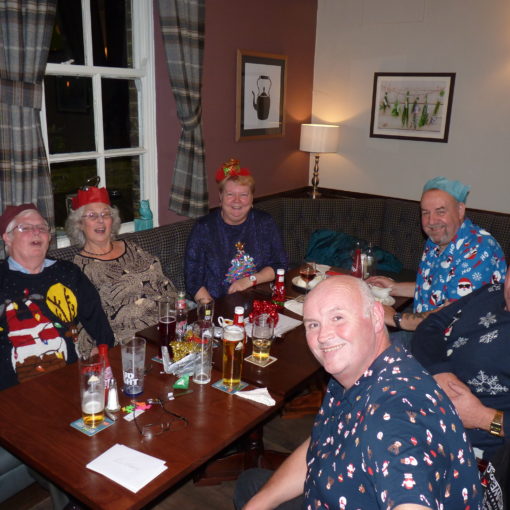 The regulars had a great night at their Xmas Dinner. Thanks to Maria for taking the photo. Thanks to all for the […] 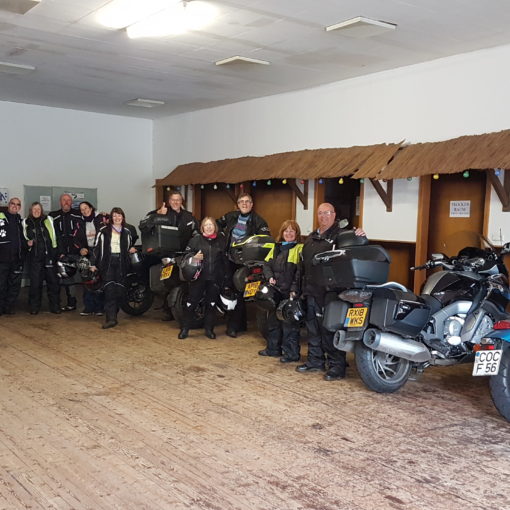 Norfolk Branch visit Europe by Phil Barker Five bikes from the Norfolk HOC, with pillions headed for the Harwich ferry and a […] 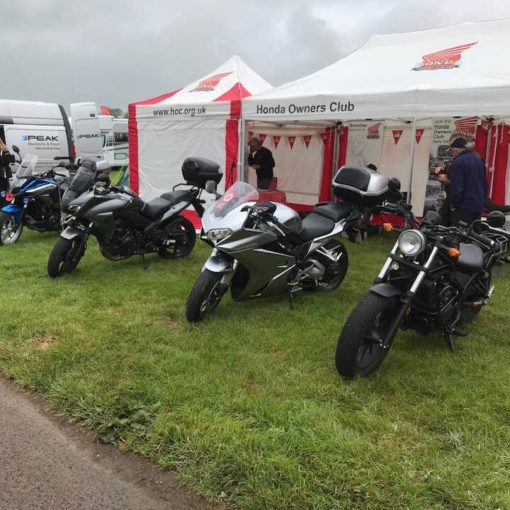