Sunday 19th November. It was a late call for a rideout so not surprisingly there were few responders. Meeting point was ASDA at Dowlais Top. Stuart was coming but had to pull out at the last minute due to family matters. The ride up to Dowlais was in fog, horrible fine droplets of water that clung to the visor and made driving a pain. I was beginning to wonder how much of a good day we would have in these conditions and hoped that things would become clearer as we headed north. The climb up the hill to Dowlais was to be a game changer as I climbed up the hill the fog dissipated and I emerged into a beautifully bright day, perfect.

John Hawkins was already there and Tony Johnson had pulled into the petrol station just ahead of me. I wasn’t expecting any more but you never know who will turn up.

After a short chat we headed out dropping back into some fog as we headed for Beaufort for the run over the mountain to Llangynidr. The top of the maintain was beautifully clear but we were back in fog lower down the mountain and the views to the north were non-existent. At one point I had a fright as the road in front of me changed from shiny light silver/grey to matt black. With no reference to the surrounding scenery I thought for a brief second that I was driving off the edge of the road.

In Llangynidr we crossed the little pack bridge and headed out past Llangorse Lake to Llyswen. As we passed the lone motorcyclist policeman with the speed camera we gave him a wave and fair play he waved back, I don’t think he was trying to stop us. A couple of miles on and we took a right over the rickety bridge, the small suspension bridge with the rattly planks. A left then to Builth Wells and joined the A470 heading north. A brief stop at Greggs at what used to be the Vulcan Arms for a cuppa.

Pushing onward to Rhayadir we took a left for the Elan Valley. The valley was in thick fog so we couldn’t see a lot. Half way along Caban Coch we took a left to take the side road to the Claerwen reservoir. As we climbed the valley the fog cleared and once again we were in beautiful sunshine, which lifted the spirits. At the base of the dam we stopped for a chat and to take photos. Coming down the grass bank I lost my legs and thumped down flat on my back. Luckily I had a backpack on to break my fall. Unluckily my lunch was in it inside a plastic box. This made a sickening crunch. I lay stunned on the ground for a few seconds as the stars cleared. With a little help I was back on my feet and everything was moving properly.

A short ride up to the viewing point at the top of the dam and I inspected what was left of my lunchbox and ate the sandwiches before they could get damaged any further. For those who know, the Claerwen track is a bit of a legend in off-road circles and was much frequented by myself back in the 1970s but today was not a day for off-roading as John’s GL1000 and Tony’s bike were not suitable. Instead we headed back to the main road and took a left after once again crossing the bridge over the reservoir. As an aside if you are in the area and have the time the church at the far end of the bridge is well worth a visit.

We followed the Elan Valley road north and again as we headed up we climbed out of the fog and the views were spectacular. At the end of the road where it joins the Aberystwyth mountain road I pulled up for a last look down the Elan Valley. Big mistake. On a steep hill with an adverse camber I got caught off guard and the bike went down before I could get my foot out. What a dummy. I was now on the floor for the second time in an hour. This time I thumped my left leg and bum cheek. I was going to hurt like a good un in the morning. I also felt like I had cramp in my right calf but as this still hurts the next day as I write I must have pulled a muscle (can’t think how I managed that). Anyway the bike was soon righted and inspected. The engine protection bar, main stand and pannier racks did a fine job of protecting the bike and I am still upright, so a result.

Back to the ride. We headed for Devil’s Bridge but struck left after Cwm Ystwyth to go to Tregaron where we turned right in front of the Talbot Hotel and headed for Lampeter. The B road we took misses Lampeter itself and brings you out onto the Llandovery road. The ride down here was plagued by low, bright sunshine which made riding difficult and often I didn’t know where I was going until I got there. At Llandovery we stopped at the garage but nobody needed fuel so we said our goodbyes and agreed to head for home. Tony took the road to Brecon as John and I turned right in Sennybridge to head for the Beacons. Just after the top reservoir John took the Dead Sheep Mountain road to tackle the Rhigos and Bwlch passes. I pressed onto Merthyr and Nelson.

A great day out with great company, thanks guys. I realised this morning that in the last week I have covered more miles on the bike than I have done in the last 4 months, no wonder I am aching. 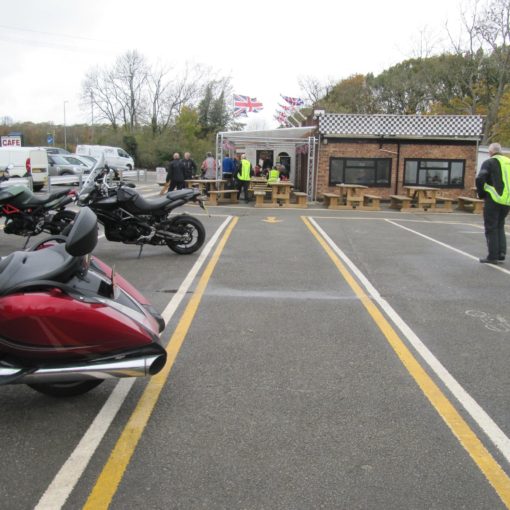 Today, Chris and Tom ventured out to Super Sausage at Towcester. Although damp and drizzly, it didn’t stop them enjoying the ride […] 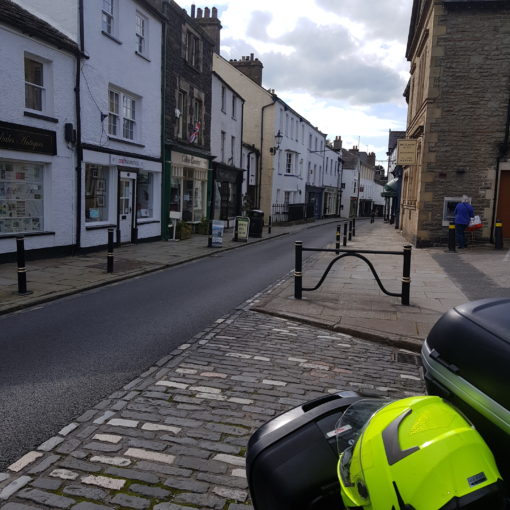 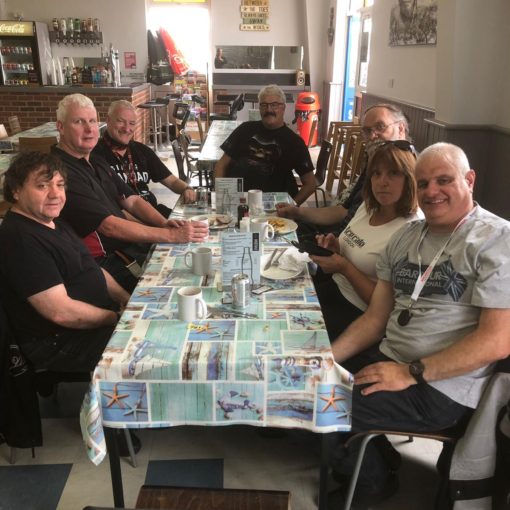 On 21st July seven bikes had a lovely ride led by Dave Plumb. He kindly stepped in after our planned leader was […] 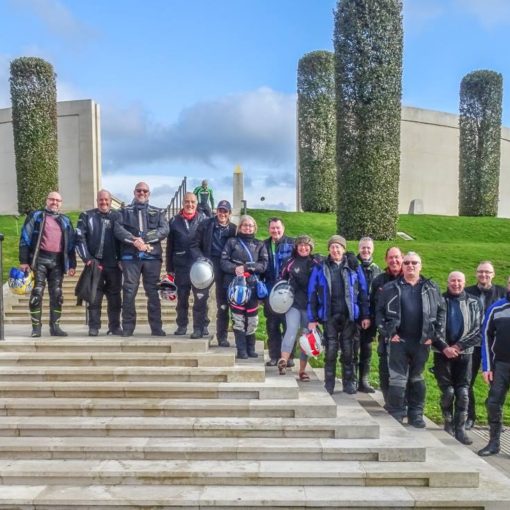 Well what a great day. My idea was to visit the NMA (National Memorial Arboretum), So my idea, i’m leading. It’s been […]