Last Sunday we had a club ride out to Grafham Water. The day didn’t quite go according to plan.I have attached two reports to explain why.

REPORT 1.Today was a good day for riding out, it was a bit overcast to start with, but the sun came out more as the day went on.We meet up at the Rose cafe outside Chelmsford for a 9:30am departure. On today’s ride was Jim, Ashley, Mike W, Mick T, Mike B, Charlie, Tracy, Darren, Paula and myself. Seeing us off was Jeff and Paul. We organised ourselves into 2 groups.We set off. After about 4 miles I got a puncture in my rear tyre. I sent the rest of the group off with Jim leading where they made their way to our morning coffee stop at the Silver Ball cafe.On their way to the Silver Ball the groups came across a few roads that were closed for road works, diversions had to take place which caused them to run a bit late.(My trip to catch the group up didn’t go according to plan. You can see my report at the end of this one).Following the break the groups made their way to Grafham Water for their lunch stop.The return trip took the group via Thaxted where they stopped at Parrishes for a drink. Thaxted is a lovely old town.The final leg of the journey home had people peeling off where necessary for home.Apart from my puncture and the road closures/diversions the day went well.

Report 2.Well that was a day and a half. We started off with 7 bikes and 9 people on the ride today. 2 groups were formed.We set off with me leading, after 4 or 5 miles I got a puncture in my rear tyre. I sent the others off to the Silver Ball cafe whilst I fixed the puncture. 30 mins later I’m on the move again.At Bishops Stortford I came across the A120 being closed. So off i went towards Newport to cut across country, but found again the road I wanted closed. So off I went again further afield to get to the Ball. Then I felt the bike wallow around. Noooooo, the tyre was deflating slightly. Checking it out I inflated it again and decided to head fir home.I sent a message to the groups to let them know. (Little did i know they were having troubles of their own with closed roads).I made my way to Birchanger Services where i checked the tyre, it seemed ok.Off I went along the M11. Coming up to the next junction (Harlow) there was that wallow again, this time a lot worst. I managed to get off the M11 and pull up in the bus stop just on the A414. Checking the tyre there was another object in the tyre. Another repair performed and the compressor connected. The compress made on headway in putting any air into the tyre. Upon checking I couldnt see any more holes.Nothing for it, I called the RAC at 14.25 hours. 2 hours later the patrolman arrived. With his much larger compressor we found the leak. He pushed his screwdriver into the hole and opened it up so we could see it. It was a 2cm slit. No wonder the tyre wouldn’t inflat.He called for a relay truck which turned up 4 and a half hours later, at 9.15pm. I was home by 10pm. Nice one RAC.The rear wheel will be off tomorrow and a new tyre will be fitted.Those that went on the run today have sent me some photos of their day which will go on the branch website.Attached here is are some photo’s, one of which is the slit in my tyre.Until the next ride, stay safe. 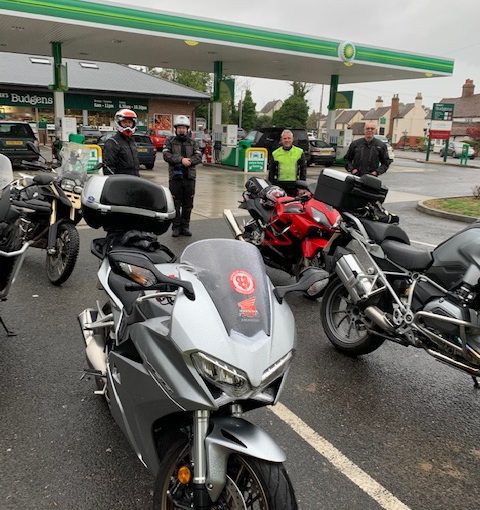 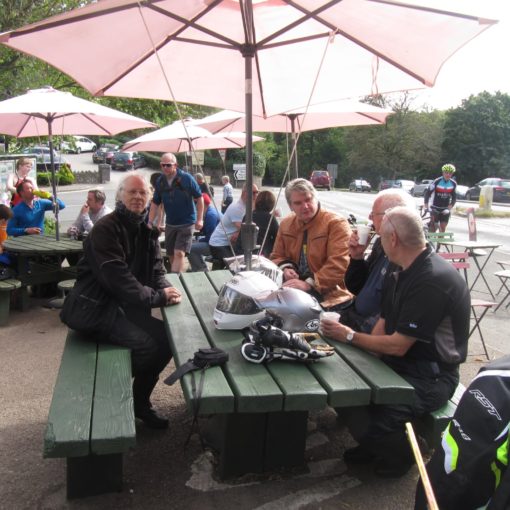 Nice little ride out to British Camp, Worcestershire, following our breakfast meet. Thanks to those that joined us North London visit Fenland On 14th July six of us had a great Ride into the Fens. One of my favourite places. […] 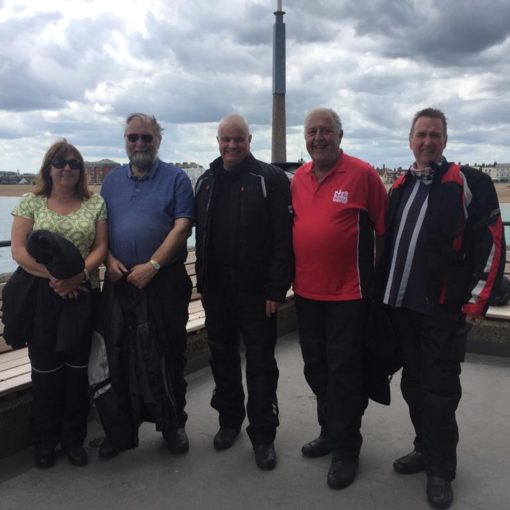 27th May As an alternative to the Welsh weekend, the plan was to have a run to the ACE Café ‘Margate Meltdown’ […]