West London’s run took us down onto the South Downs where we were to get off the bikes and enjoy the views at three points along the National Park. After a loop of the Goodwood horse racing track, we first pulled in at Duncton viewing point, before heading east towards Bignor and its Roman Palace. Here the roads tightened, and the surface on the old Roman Road to the summit, quite a challenge. It is probably the quietest point on the Downs to take a vehicle, the track more suited to Bill’s ATAS rather than Martin’s 1982 Goldwing…but it is still a Honda, so it didn’t complain.Photo shows from top to bottom, left to right…Bill Turner, Charles Deakin, Daniel Walton, Stephen Hill, John Flynn, Martin Haenlien and Bob West. 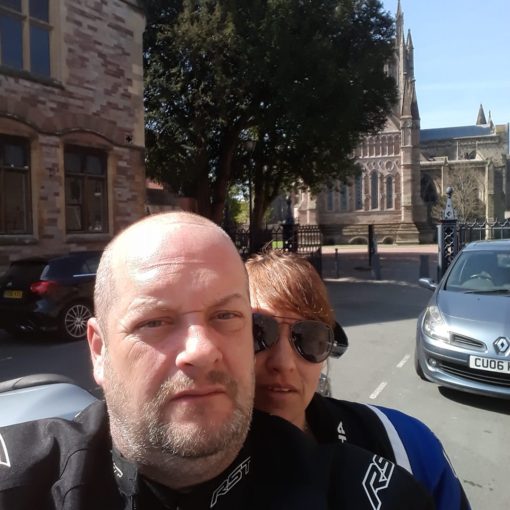 Paul Collins & Murray Wiltshire you had better pick up the pace as Manchester Branch member, Barry Foster is gunning for your […] 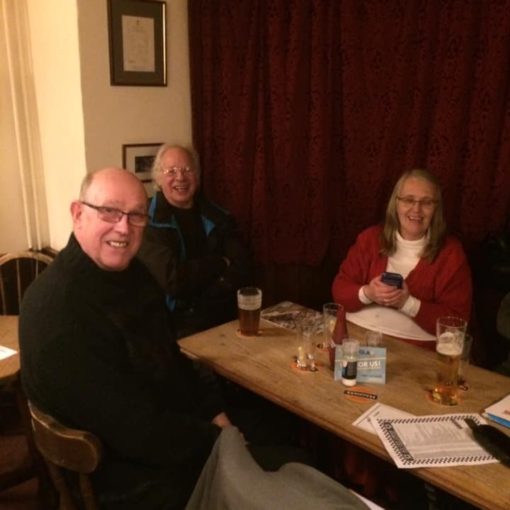 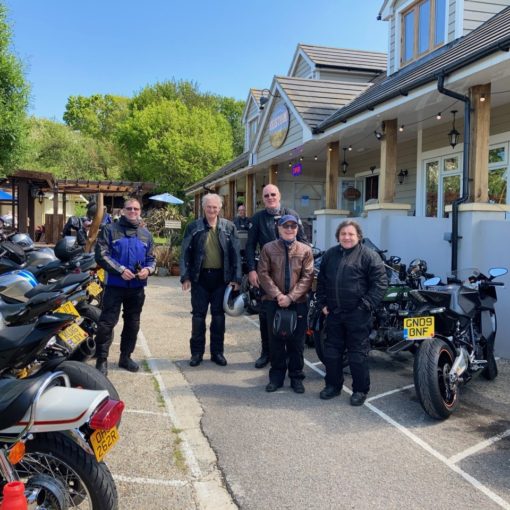 On 30th May we decided to brave the often busy roads south of the River and visit the South Coast. I led […] 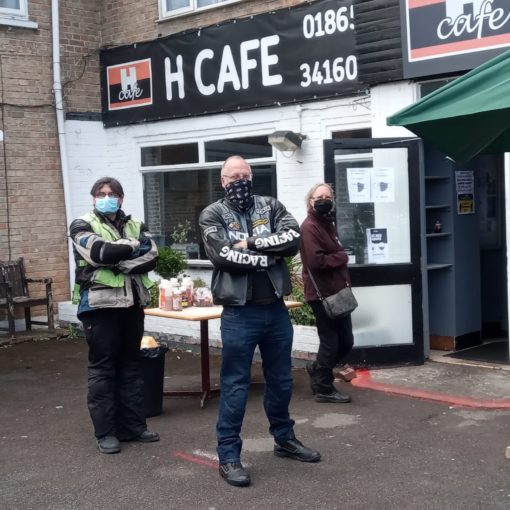 West London today visited the H cafe near Oxford, social distancing and masks were of course the order of the day.