Sunday 12th January saw 5 members of the South Wales Branch meet up at ASDA, Dowlais for a ride up into God’s country. The wind was rattling the windows a bit at the meeting point but the Met office had assured us that it wouldn’t be a bad day. So Murray, Alan, Martyn, myself and Barry (a new member who joined at the NEC) rolled out shortly after 10am. We were on 3 Hondas, 1 BMW and a Moto Guzzi. As we intended covering a few miles we headed straight for the A470 and headed north until we got to the other side of Brecon where we took a detour and crossed the small suspension bridge just north of Lyswen. The back road to Builth Wells is not used by much traffic so we could enjoy the whole of the road. Back on the A470 until the Vulcan Arms and a welcome stop at the Greggs Café for a warm cuppa and, for some, a bite to eat.

Pressing on to Rhayader we turned left to head for Devil’s Bridge via the old mountain road. The road is a bit exposed to the elements but is a nice road even though it is a bit narrow in places. A good road to practice positioning, etc.. On past the old lead mines at Cwmystwyth (abandoned now but worked since the Roman times) we arrived at Devil’s Bridge. Unfortunately the steam railway was closed as was the station café. There is another café in the area but we decided to press on to Llandovery and if we wanted food and drink then we had to be there before they stopped cooking at 3pm.

A nice run down to Tregaron where instead of going over the old road and down the reservoir we took the B road down through Llandewi Brefi (of Little Britain fame, Daffyd was not at home). The A road takes you down to Lampeter but the B road is much more interesting. We arrived at the Owl’s Nest in plenty of time and snacks that involved bacon were consumed.

By the time we had finished it was getting on a bit so we headed back up the A40 to Sennybridge and took the short cut to the A470. A quick stop on the Veranda to say farewell and final photos before the mad dash down the road to home. The rides always get a bit disorganised at this last stop as riders get the sniff of home and make a dash for it.

Another great day out with great company. The weather was kind to us and we enjoyed some sunshine and only a couple of light misty showers. The roads were wet the whole time with some rather large pools of water in places. I got home just as it was getting dark so washing the bike will come later if it ever stops raining. Thanks to Murray for the photos. 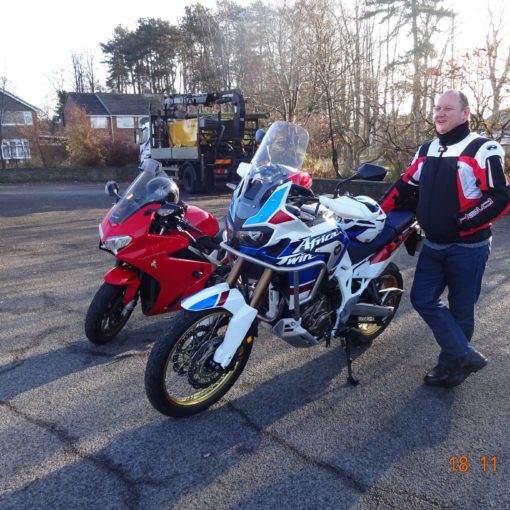 Another grand day out with the Darlington and district Honda owners club. The sun was shining, the roads were mostly dry and […] 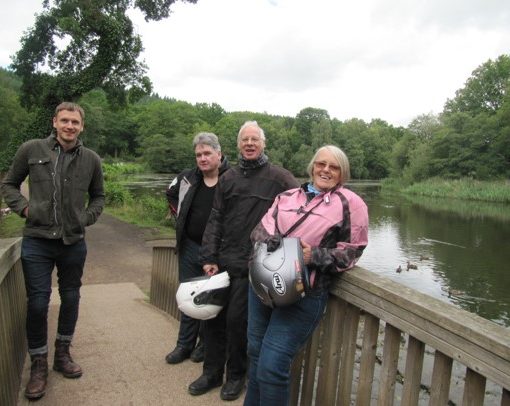 Today Gloucester HOC took a ride out around the Forest of Dean We left the Longford Inn, and headed down the A4135 […] 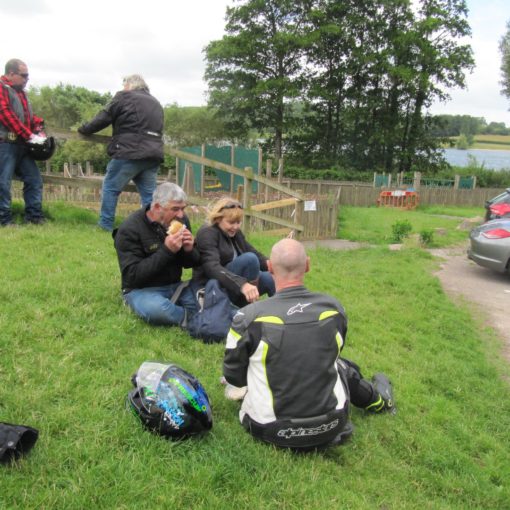 Gloucester’s Trip to Salt and Malt at Chew Valley Lake.We left The Toby Carvery at Brockworth, just 2 bikes and 3 of […] 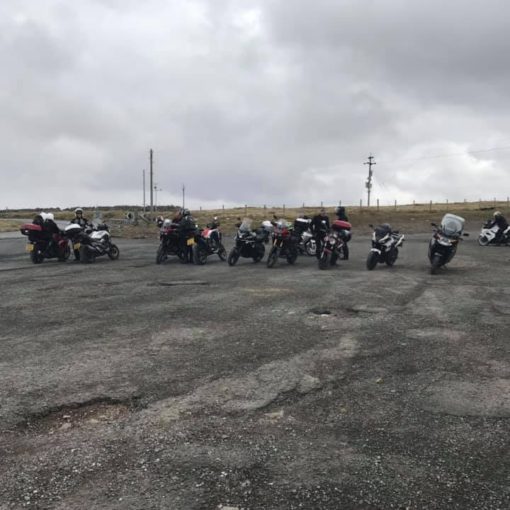 How good was that then, that was one of the best days I’ve had in ages, we liked it so much up […]