The day started well. John Hawkins, Murray Wiltshire, Lloyd Williams and I met at the Otter and left at around 10am. At Abergavenny we met Paul Blackmore and Tony Johnson. Tony had a chap with him whom he had just met and as he was in a VFR he invited him along to the ride. Welcome John. Turns out John hasn’t been riding all that long and this turned out to be the longest ride he had done to date. Hope we didn’t frighten you off. He has joined the FB group and, hopefully will join the club.

We left the bus station and headed for Skenfrith and beyond. Once we got to the A49 we headed toward Ross on Wye until we found the left turn to Hoarwithy. Over the bridge toward Kings Caple. I have camped over by the river there many times but I am not familiar with the area beyond that. This was where the ride started to unravel as these were new lanes to me and without my sat-nav I got lost. I like to think of it as exploring alternative routes. I took a right where we should have gone left. Lloyd to the rescue. A quick tour of Kings Caple village and we were on our way.

On the way to Ledbury we came across the first closed road. Not a big issue with this one as it was just a short hop down the road and a left turn and back up. On through Ledbury and up into the Malvern Hills to stop at British Camp. I have never seen the car park so full but in my defence on previous visits I have only been there very early in the morning or in the depths of winter. It was heaving and very little space for parking, even for bikes. The park is also on a good slope. Lloyd couldn’t find anywhere level enough to park his new bike so I pointed out the road we were going down and off he went to, I assumed, park just across the road. However he disappeared from sight. By this time I decided that as the queue for the cafe was too long we would continue on our way.

We found Lloyd parked up down a side road. This meant that we all had to turn around and get back on the chosen path. A bit of excitement for new John. Anyway again on our way we came across BIG signs saying that the road ahead was closed. I stopped to gain consensus on whether we should continue or not and parked on a steep camber. I couldn’t get the bike to go upright when I got back on and Paul had to pull alongside and tug my handlebar. Thanks Paul. We came to the actual road closure signs and Murray found a way out. Not sure which way the sat-nav was taking us but we got to a point where the road sign say unsuitable for heavy vehicles and Murray stopped to ask should we go that way. At this point John Hawkins shot past us and I assuming that he knew the way out shot off after him followed by the others. When I got to the main road junction there was no sign of John but I knew where we were then. John had appeared to be having a bit of an issue with his Gold Wing all morning so I wondered if perhaps he was concerned with it and just wanted to get it home.

Now back on track we found our way to Bromyard and followed the A44 to Dom’s Bike Stop for lunch. There were a few bikes there and we chatted to some guy with one of those Harley Davidson electric bikes. With a range of 100 miles it would never complete one of our rides. We had a nice chat with Dom himself and was advised that he would be closed for Christmas and wouldn’t reopen until March next year as he was doing a lot of refurbishment and construction but he said if we had a large group we could call ahead and he would consider opening up for us.

After lunch it was up the A44 to the next roundabout so that a couple could refuel. Paul had said that when we got back to Talgarth he would head for Brecon and home rather than go down to Abergavenny. A couple of miles out of Leominster the A44 takes a right and the other road was signposted Brecon so Paul panicked and headed for Brecon. He went down the same road as we eventually took but he cut out a bit of a loop. At Kington we took the lanes to Brilley, the sun was low and bright and in our faces so some bends were interesting. We eventually joined the A483. On to Talgarth and over the mountain to Cwmdu where we stopped for a final cuppa and a slice of cake before we parted company for home.

It was dark by the time I got home and the temperature near Blaenavon dropped to 3 degrees. Despite the unplanned bits in the middle of the ride I enjoyed it. 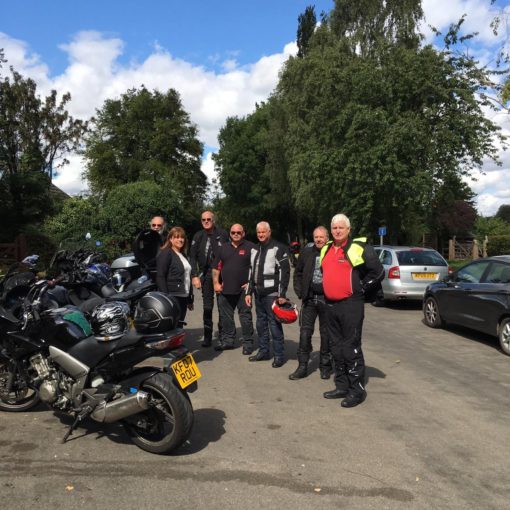 On 1st September the Branch met at the Kings Oak, High Beach and took a very nice route up near to Luton […] 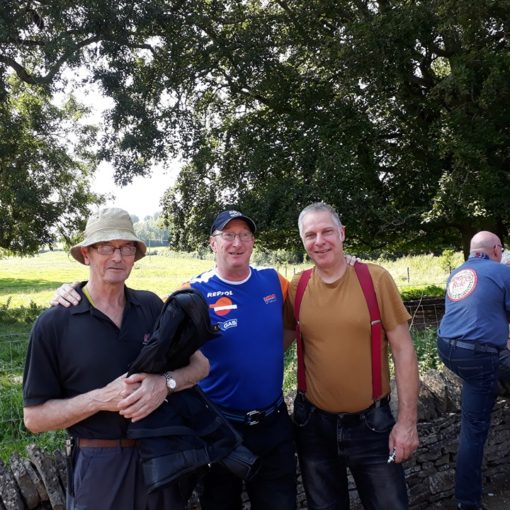 Three of Oxford Branch’s Amigo’s soak up the sun on a ride out into Gloucestershire, before enjoying a BBQ at Pete and […] 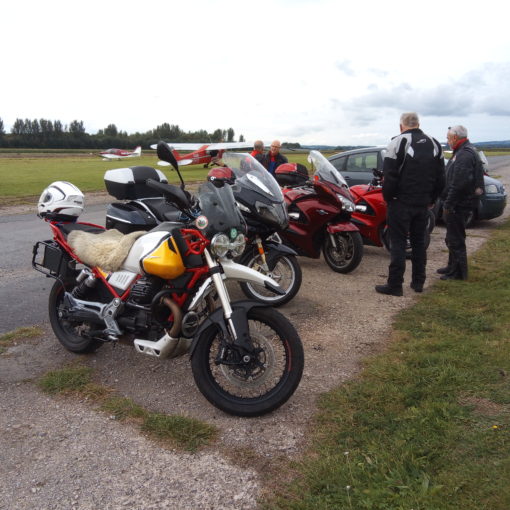 We went to Shobdon and enjoyed a leisurely lunch. 6 of us met up at Dowlais and left some time after 10am. […] 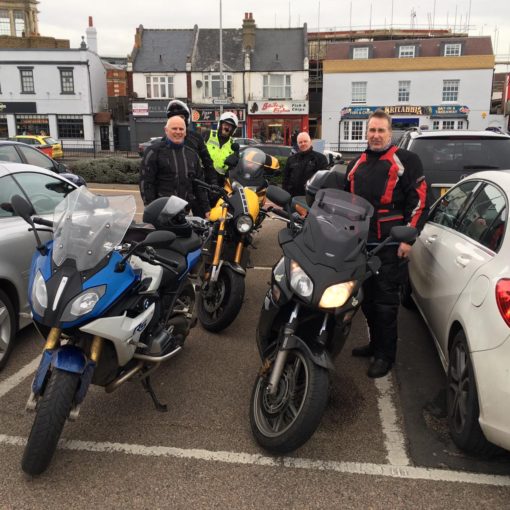 On 2nd February a team of six met at McDees M11/Harlow. This time everyone got there safely! After a short chat we […]