Sunday 3rd July – High summer and a very busy biking day. The East Midlands Rally, The Brooklands Motorcycle Show on locally and The Honda Day at The Ace all fell on the same day – sadly we don’t determine The Ace Cafe date – they have a very full calendar and so we always have to fall in line with their date but some from West London attended all of the events—some people joining in on two.

We had a bumper turnout and the sun shone all day with well over 50 Blackbirds turning up on the day to         celebrate the bike’s 25th Anniversary – (that’s enough to fill more than 2 pies!).

The Ace was packed with just short of 300 bikes altogether. We had Blackbirds from nearby – North and South London, a bit further afield – Maidstone and Camberley, then Cheltenham, Newmarket, Norwich, Newark and Nottingham, Plymouth, Wales. Owner Michael Cochrane who rode down from Carlisle (with partner Suzanne), has had 28 Blackbirds! and Laura and Andy travelled 430 miles each way from Ayr with their fantastic outfit.

We even had visitors from France and Hans Kramer, from Holland (Warmenhuizen to be precise).

We had one Blackbird owner who was born in the year his bike was made.

Of the other Honda bikes, a 44 year old CX500 – you used to see so many of those back in the day – and a green and yellow SS50 attracted lots of ‘that was my first bike’ comments. There was also a large selection of modified Hondas which are always interesting—including a well – chopped about 400/4.

Ace owner Mark Wilsmore was very welcoming as always, keeping the BBQ  going all day. We even tried to sign up the Michelin Man who kept a fixed grin on his face and waved all day.

Graham Gull and Dan Walton were stalwarts on the HOC stand, taking in excellent regalia sales and it was nice to see old faces Mike Bonner and John Walsh. John Flynn was taking the photos.

So, all the hard work in publicising the event over the last 30 months paid off.

Steve Hill proudly gave Certificates of Attendance to all the Blackbird owners and encouraged them all to write on our notice board as to just why they are so besotted with the  CBR1100XX.

We received this email from Mark Wilsmore of the Ace Cafe this morning.

‘Honda Bike Day at the Ace on Sunday 3.7.22 was a lot of fun, from the shiniest to bug splattered machines, good company, meeting the nicest of people, it all made for a terrific day – and for making it all happen I ask that you please pass on my thanks to the HOC West London team

I also take this opportunity to advise that in 2023 Honda Bike Day at the Ace will be on Sunday 2nd July 2023 – and note that 2023 will be the 40th “Ruby” anniversary of in 1983 Honda winning their first 500 cc GP World Championship with “Fast” Freddie Spencer – as Freddie today lives in London, perhaps HOC and or Honda invite him to attend the Ace, penny for your thoughts?’

So – something for next year’s organisers to mull over ! 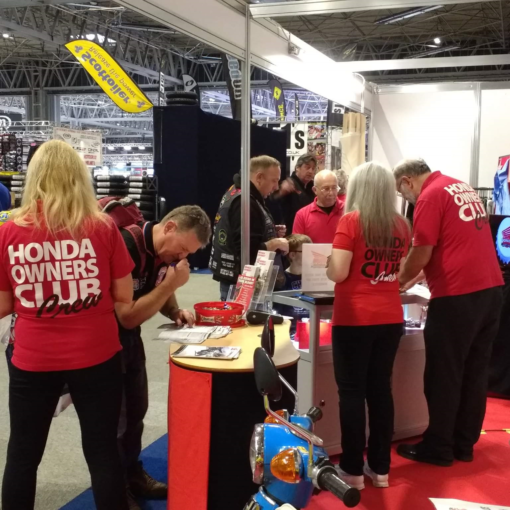 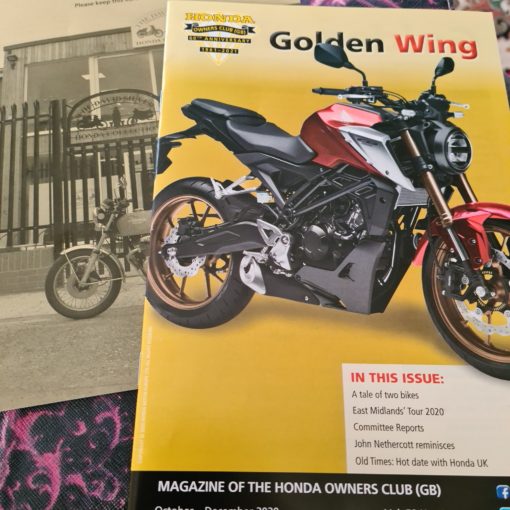 Another fab mag from our amazing Editor, Ron Rutgers, and latest discount list available to officially paid up members only. Have you […] 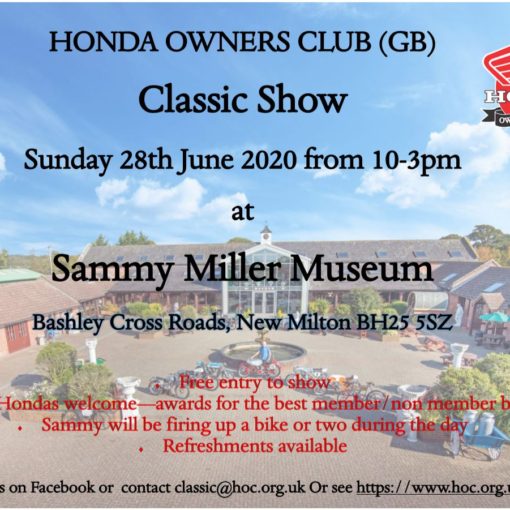