On 5 September, a group of people from the East Midlands branch of the HOC set out to the Black Forest in Germany for ten days of laughs, cake, general mayhem, even more cake and as fate would have it, a few little mishaps along the way.  The first stop was Maidstone, Kent, where Gary (the fearless leader), Graham and Jim met up with Ram from the Bristol branch, later followed by Roger and Becky. All enjoyed a lovely dinner and a couple of drinks before getting a relatively early night.

During one of the rest breaks between the Chunnel and Laon, France, where the group would be spending the night, an oil leak was discovered on Roger’s bike.  Upon arrival at the accommodation in Laon, Roger headed off to the local BMW dealer to see if it could be repaired, however, as it was so late in the afternoon, they weren’t able to assist.  He would need to get to a dealer in Metz the next day to get it repaired.  Meanwhile, Gary, Graham, Jim, Ram and Becky headed off on foot to explore the Cathedral, while Veronica and Wayne stayed behind at the hotel.  Imagine everyone’s surprise when a cab goes by the bedraggled group huffing and puffing up steep hills on foot, with Roger, Veronica and Wayne leaning out the window waving and laughing as the cab sped past.  Eventually the group reunited for some exploration, food and drinks before heading back to the hotel for the night. Thankfully, the BMW dealer was able to get the bike fixed and everyone in and out in half an hour, in order to continue their journey onward to Lossburg, Germany where they’d spend the next week.  Thankfully, people in the group were able to read a map and find the accommodation after the fearless leader managed to lose the group for two hours. He claimed to have traveled the B500 three times searching for everyone, however, everyone figured he was just enjoying the twisting roads on his own before making his way to the rental house.  He blamed this and all of the crazy routes he took everyone on the rest of the week on his TomTom which was not so lovingly renamed TimTim.

The week was filled with visits to cities, towns and castles, and daily breakfast at the local cafe. Monday, everyone headed out to Lichtenstein Castle for the day, where they met a lovely German gentleman who chatted up the group to try out his English. Unfortunately, Ram discovered he had a flat tyre just before heading back to the rental house.  Little did he know, he would not see his bike again until Thursday morning when the Honda dealer finally replaced his tyre (BMW:1, Honda:0).  The look of terror on his face when he climbed on the back of  Gary’s bike was priceless.  As the group waited a couple of hours for the tow truck to arrive to take his bike away, Veronica and Wayne headed back to the house to make a lovely curry dinner for everyone.

Wednesday, most of the group set off for Rouffach, France, to meet up with Gary’s colleague Justin for coffee, then continued on to Materne Hagelin vins de Alsace for a wine tasting.  As everyone was leaving the winery, unfortunately Roger’s bike started to topple as they were starting to pull out of the drive. Becky could hear Roger saying “No Nononono” and wondered what was wrong, when suddenly he went off the bike to her horror. All she could do was watch him then realized she was following him off.  Thankfully, there were only a couple of tiny nicks on the pannier, and both Roger and Becky were fine. They got back on and everyone continued on to Molkenrain in Wattwiller, Alsace to enjoy a hearty lunch on top of a mountain, followed by a tour of Justin’s uncle’s house, which was an absolute work of art. Thursday, on the way to Hohenzollern Castle, they stopped to pick up Ram’s bike. Friday was the final night in Germany, and they stopped at a place to go tobogganing, however, the facility was closed, so they headed to Erlebniswelt Mummelsee and enjoyed a paddleboat ride instead. Saturday, they stayed in St. Quentin, France for the night and enjoyed drinks and dinner before the final stretch home the next day.

All in all, everyone had a fantastic holiday.

Despite Gary’s TimTim taking crazy routes that aren’t even mapped on normal maps, Gary’s game of chicken with an elderly German lady who was not at all impressed, Jim’s enthusiastic hand gestures from the back of Graham’s bike as everyone had to turn around yet again because of the evil SatNav, Jim sequestering himself in his room Friday night because he just needed alone time, Germany was a beautiful country to visit, the food was fantastic, scenery and roads were amazing, and the people were kind. New friendships were formed, existing bonds strengthened, tons of memories were made, and too much cake eaten (really, is there any such thing as too much cake?). 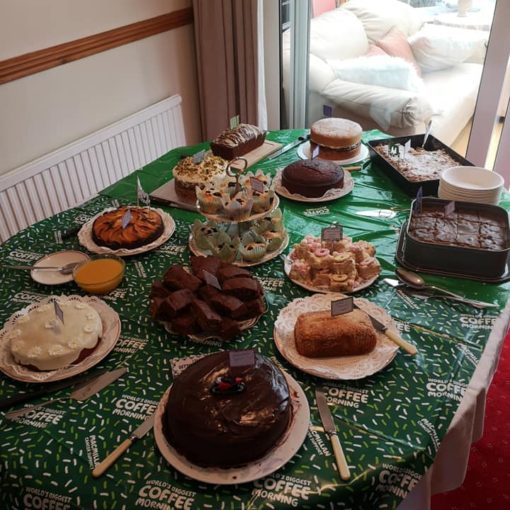 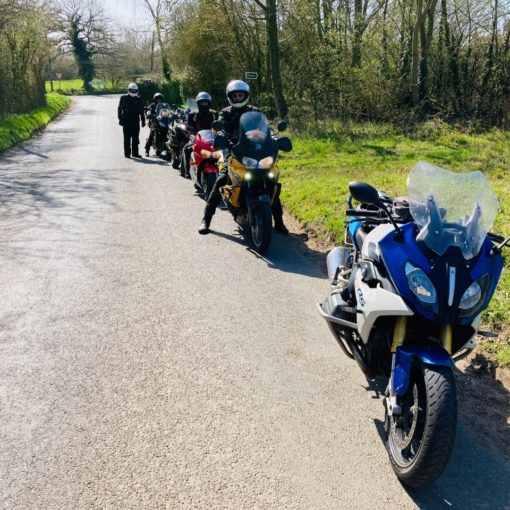 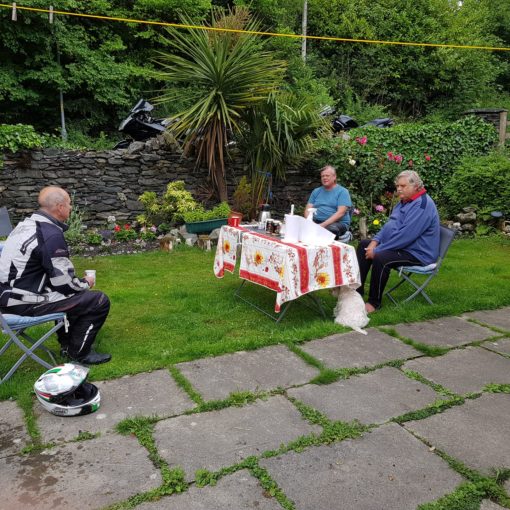 Bit short of members, but thanks to Peter for making us very welcome ( as always ) and fed and watered us. […] 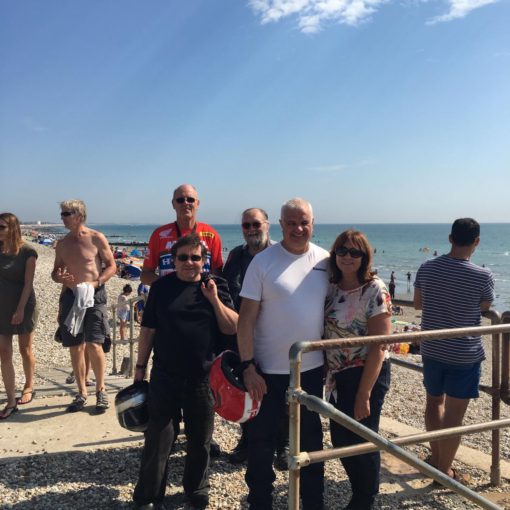